Creativity is your house blend 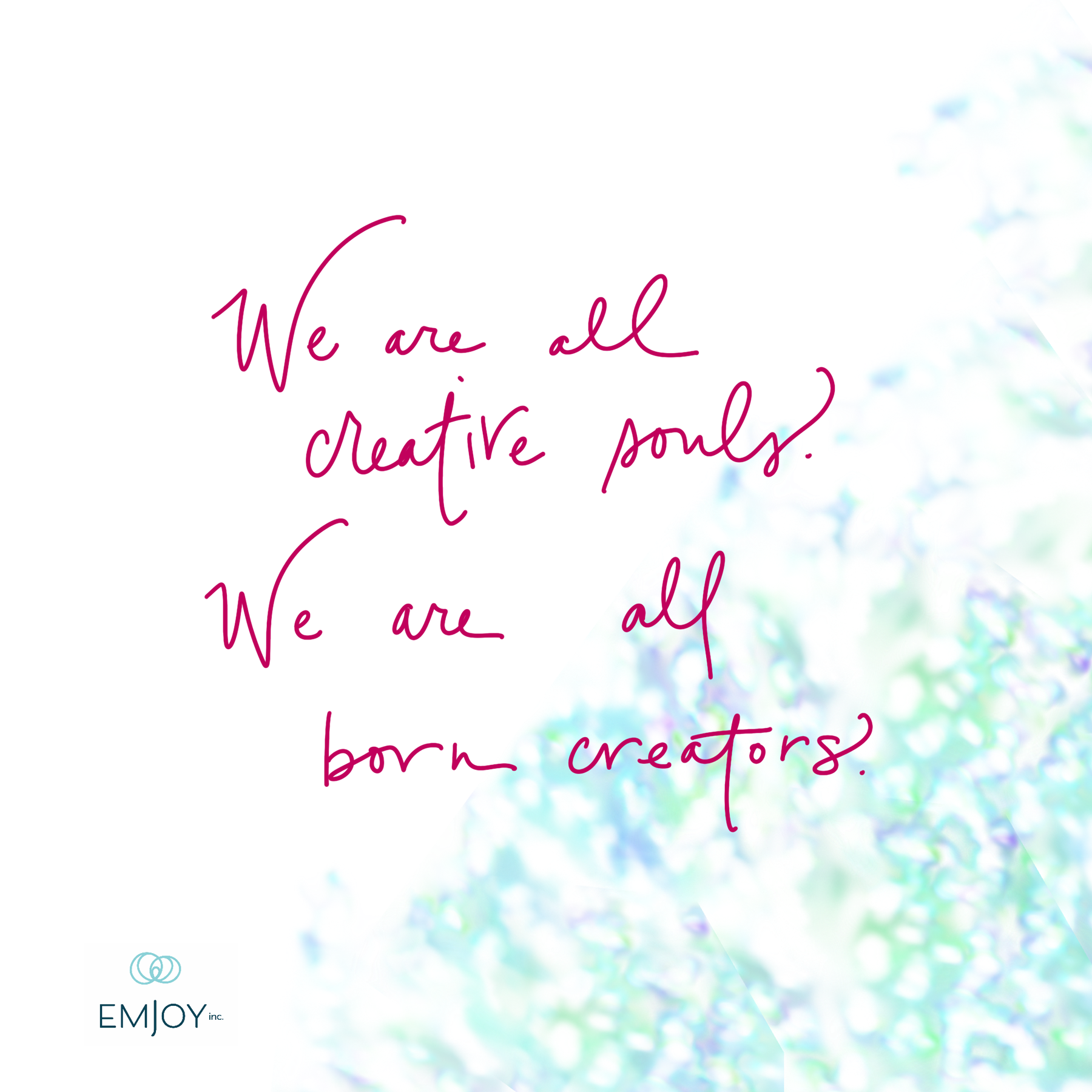 Why not create something right now?

If you read that and felt confused, threatened, repulsed or afraid, OK.

If you read it and felt challenged, excited, inspired or happy, OK.

For far too long, we’ve separated ourselves from our creative souls.

The world has obliged us in the endeavor to separate by demanding (and rewarding) adherence to systems, to order, to established ways of learning, working and presenting ourselves, to industrial age mindsets.

We’ve made creativity and the fruit of it, something that’s the handiwork of the creatives or artists and poets. And our conceptions and associations of the creative, artists, poets tended to circulate around ideas and language like, poor, starving, driven by passion/not by money, dangerous, rebels and dropouts.

For far too long, being creative was seen as of less value or little value. Being creative was only acceptable as an addition to other more useful, profitable, practical skills. Even then, creativity was often regarded with tolerance or patronizing amusement.

For me, my inherent creativity was seen as a side of me, an aspect. It was not something to organize fully around. I was kindly, subtly, if not decidedly, discouraged from following too far my most creative impulses. I was given the idea that I must squish and mold my creativity into something that could serve the world and earn me enough money to sustain myself and my family. I was taught to mistrust it, to devalue it, to place it aside. In those admonishments, I accepted and adopted the idea my creative soul was of less value, was something to hide, would be something I would be well-served to ignore.

Too bad for me my creativity was one of two most elemental aspects of my soul.

I played that out for many years, pushing creativity to the side, shoving it underneath, cajoling it into the background, sacrificing it to my dark side. I told it maybe it didn’t matter at all, wasn’t relevant or – at the best of times – I’d get back to it someday.

I believe we are all creative souls.

We are all born creators.

Most of us then divorce that side of ourselves, maybe for the similar reasons to those I mentioned above and maybe because we were told we weren’t good at being creative – something we accepted and believed. Maybe we were punished for creative thinking or playing or talking or moving. Maybe we were ostracized for the creative way we looked at the world.

So, we separated from creativity as an idea.

Then we started “othering” creativity. It was for others, by others, lucky-for-them-they-can-do-that judging others. I get that. I’ve done that.

I’m done with that now.

At the end of 2010, I began to push back against those lies.

I began to invite my creativity along once and awhile. I began to question what I had been taught and what I accepted about who I was. I challenged all the stories I told about how creativity didn’t matter. I steadily began rejecting the idea that creativity wouldn’t make me a great business person, how it wouldn’t pay the bills, how it doesn’t matter. I pushed, I shoved at times and I forced myself often to stop believing the old stories. I did it more, and more, and more.

The result so far has been very positive. I don’t want to use life-changing, but it has changed me for good.

This integrative approach, bringing creativity into everything I do, unashamed, has clearly benefited every aspect of my soul, myself, people around me and the work I do.

My most powerful sources are twofold: my creativity and my ability to feel and powerfully express my emotions.

This combination of these skills is integrated creativity.

The skills I’ve combined are fine, but they may be different for you.

Maybe they are accounting and spirituality.

Maybe they are community activism and entrepreneurism.

Maybe they are a warrior mindset and military strategy.

Maybe they are writing and being a part of the music scene in your town.

Maybe they are a love for animals and a desire for adventure.

Whatever they are, it’s time to integrate them more.

Integrated creativity is the practice of removing internal and external barriers to unite creative playing, thinking, doing with your approach to life and work.

The results can be shifts in how you spend your time, how you lead, how you are growing your self or your business. Other results include larger scale creative projects, and increasing momentum. Other outcomes are greater levels of happiness and fulfillment and more openness to new ideas and perspectives.

As a cultivator and mirror of integrated creativity, I guide people to recalibrate and rejoin the separate aspects of themselves so they can live less divided lives and build velocity in their work and self-awareness.

When we create, we overcome.

Let’s figure out how together.