Four Words designed to ‘disturb the universe’ of me 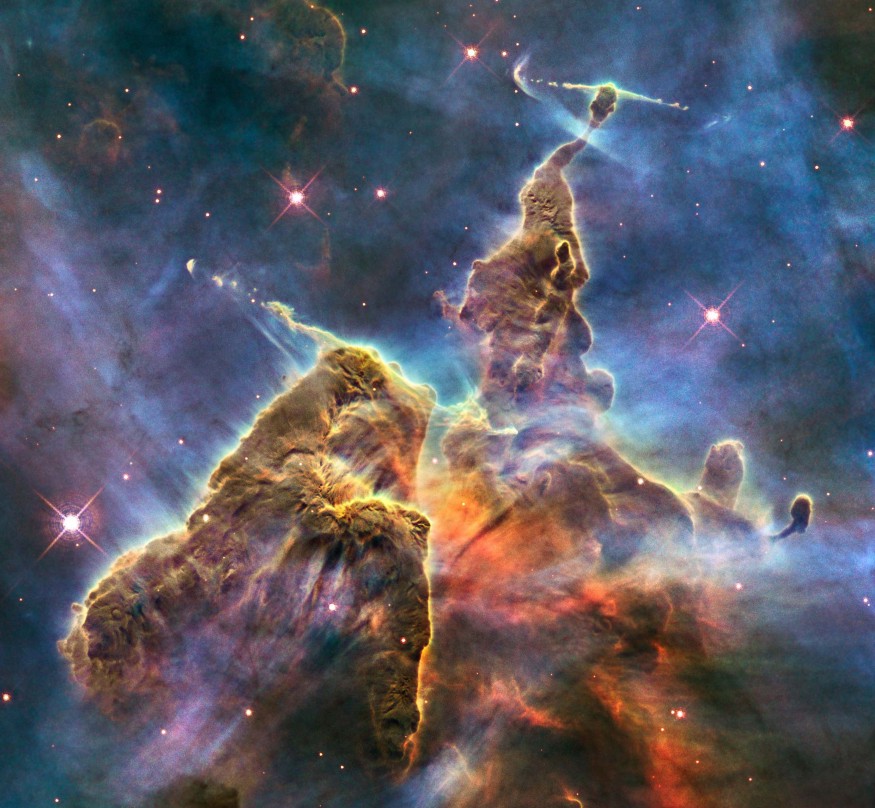 I have spent my life being a mouthpiece for other people.

That is not a bad thing in my world. It’s been a clear vocation for me since I was a young child, and my natural sense and sensibility for it has blossomed into work I adore.

I did it first, because it was the most natural thing in the world, and second, because people needed and wanted to feel seen and heard. And there were so many stories to tell and feelings to feel. And so many good people who deserved that. And, I could learn so much from doing both.

It was no shock to anyone other than me that a couple of years outside of college I realized I wanted to be a journalist. As a journalist, I learned that if I was able to listen and learn and look hard, I could find the hidden stories, share the quiet words and foster the big conversations. I was an advocate, not for a particular paradigm or agenda at all — but for one purpose: to voice the reality of what this person, these conditions, this group was trying to say in to world.

As it turns out, being a mouthpiece for others often has a deleterious impact on articulating your realities and needs for yourself.

In my case, since I was raised to expect to work hard every single day to achieve my goals, I thought that working hard to articulate the realities of others took precedence over my own feelings and needs.

My first ass-over-teakettle spill from this slick delusion came about four years into my journalism career. Having gone from a reporter to an editor leading a team, I found myself routinely ignoring the vague sense that I was unhappy. I did that ineffectively for long enough to finally take action.

As with all things in life, the lesson repeated several more times until I really saw what the problem was — my own inability to advocate for me.

This is something I am focused on at present.

But, full disclosure: I am not good at it.

And it is rendered nearly impossible by my skill at self-delusion and my propensity for head-down-heart-out hard work.

Yet. I have a toehold. The toehold is being able to tell myself (first) and others nearest me (second) one clear thing.

I am not happy.

These words strike terror in my heart. I do not like them and I do not want to use them. As J. Alfred Prufrock put it, they feel like an unwelcome disturbance to the universe.

But when I have been brave enough to come to them, to voice them, to own them, that is precisely the moment when change begins.

I do not want to use those words and own that reality because it makes me too vulnerable.

My soft tissue heart becomes dangerously exposed with those words.

That risky sentence might make me the subject of pity.

It might spur the notion in the mind of someone dear to me that I need help, (which of course is exactly what I need and am most afraid to accept), that I cannot solve my own problems. That I am weak and emotional.

Truth be told: I don’t want anyone’s help in fixing me. But I am a connected, loving human and I need it.

I would much prefer to have formulated both the question and the answer before the question even comes to the fore. I want to know how to fix myself before I do, and hold on to all the control.

Finally, and most soul-clenchingly, the lifelong optimist I am fervently wants those words to not be true.

Pain preceded and followed each instance of me arriving at that sentence. And that’s no fun either.

But I have gotten better at it. I have now used it enough times to see that the world has not ended by owning it. In fact, my world has only improved following the admission. Options that did not exist before materialize in its wake. I am given back some power over myself, my everyday. I can breathe again.

That sentence reveals rather than retracts my ability to create change. It gives me the space to make room for me again, something I constantly erode by putting everyone else first.

It opens me up to others’ ideas and presents a relieving opportunity to be humble and listen.

It’s a stunner, and a stopper and a pusher of the button go.

While I remain uncomfortable when it rises, I am learning to welcome it a bit more, to invite it to happy hour, to stare into its contorted face for long enough to see the beauty in it.

And I’ve realized something else.

How difficult and delicious that sometimes the things we do not want to admit are the things that, if admitted, bring us another level of self-acceptance, of more honest living, of peace.