How to accept creative fatigue 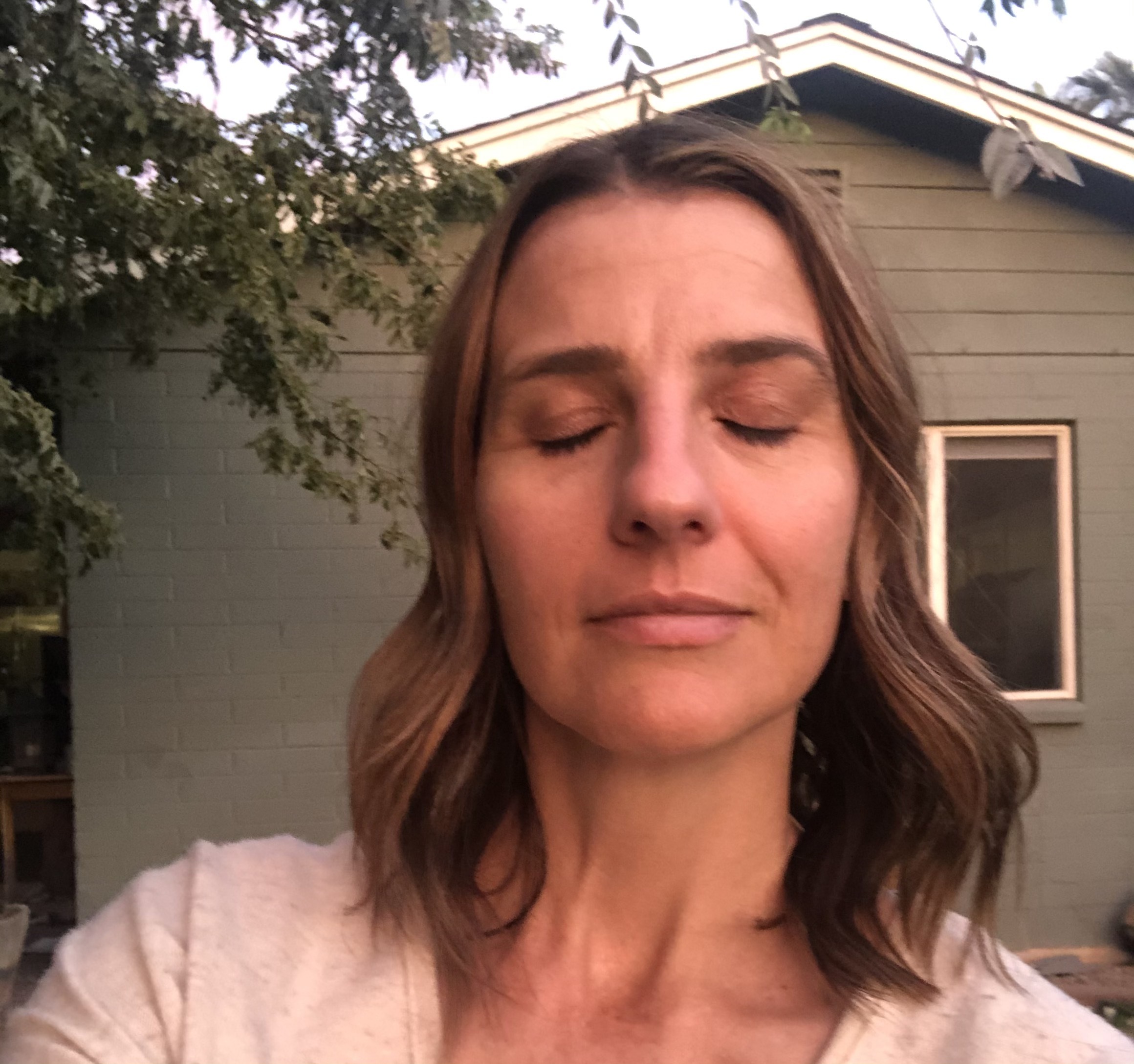 The other night I slipped into bed after a long, and good, day.

I had enjoyed the tasks set before me. I had been present and productive. I had hugged my people and loved on them and felt love in return. It had been a day long in coming and I was satisfied with how it went.

Exhaling under the new blanket I had recently added to our bed to combat the cooler temperatures, I took deeper stock.

Underneath all the in-general contentedness, something else was resting, quietly, in the shadows, waiting for my attention.

It was breathing there, wordlessly emitting an uncomfortable emotional frequency I knew I would had to tune in to distinguish.

I had to fight the urge to avert my eyes, to look away. I had to wrestle with a most powerful tendency to pretend what was there was not there, to move along passed what lay in the shadows.

I stilled myself and looked directly at it.

The doer and the mover in me reared back up. “It’s OK, it’s all OK, just keep on going,” she insisted, grabbing me by the arm and trying to pull me along, adding, “See? It’s nothing, and you’re about to go to sleep, so you’ll get some rest, so come on, let’s go!”

But I’ve spent years disciplining that girl to calm herself down and shut up. So I shook her off.

“Hmmm,” I told the slumping, prone shadow, looping back. “What does that feel like?”

A few emotions and senses dropped into place that affirmed the initial feeling. Mentally, I began taking stock of all I had been creating and doing over the last several months. While I didn’t chart it as I did these things, it was a lot. I had created new strategies, worked with new clients, written tens of thousands of words, poured myself into project upon project. Although I wasn’t tracking as I went, it had all required a lot of me: emotionally, creatively. More than I would ever see or admit in the moment.

“I see why you feel that way,” I replied back, crouching down to get closer. “You’ve been creating a lot.”

The form nodded, and sighed, relieved.

Easing myself down next to her, I turned down the rolling boil of an idea that I had to fix this fatigue.

Instead, I began stroking her hair, and breathing her truth in as I expelled my ambition.

As I asked, I felt myself align more fully with the woman in the shadows. I felt me see and not reject her. The world around me fuzzed out a bit, softened.

We waited there, in the silence, in the alignment of our hearts and in the precious moment of reckoning. And waited, and waited.

It’s a tricky thing to come at life from a creative center.

Working outward from this reality, creativity comes readily, and yet not without struggle. Creativity defines my endeavors, flavors my pursuits and informs my everyday doing. It makes life louder, more colorful, juicer.

What a lot of people don’t talk about is how it also taxes you.

To give so wholly, so fully, to the art you are creating in all you do requires something of you. To be so present creates pains – physical, emotional, spiritual– and drains reserves at a faster pace.

For years I blew right the hell past the moment I mentioned above. I was ashamed by the truth in the shadows. I was inconvenienced by its existence.

In fact, for years I did not even recognize or admire the fact that I came at life from a creative mindset and heart-set. Instead, I believed that if I owned that truth too obviously or loudly, I would not be valued or valuable.

By rushing past the fatigue in the shadows, I convinced myself I was being more productive.

The approach always worked – for awhile, until I crashed. When I crashed I found myself lying in an emotionally wrecked heap right next to the truth I had worked so hard to distance myself from.

I don’t do that anymore.

But I also don’t always have a readily obvious manner of filling back up.

I do know what restores my soul now. And I do know how to access it. And I can practice the discipline I need to give myself that.

But I know I can always start. And be aware.

So, I begin by asking the question. And listening. And taking little moments. And taking lots of breaths. And waiting.

And sitting still, stroking the long locks of what I am afraid of, and being with the truth.

How do you refill, my loves? Let me know on Instagram @emilyatlarge

Would you like to receive a similarly soulful Thought Cookie every other week? That’s my every-other-week love note to feed your creative soul with words and visuals. If you’d like to sign up, (yay) do so here. When you read Thought Cookie, my intention is that you feel comforted, inspired and soulfully seen.